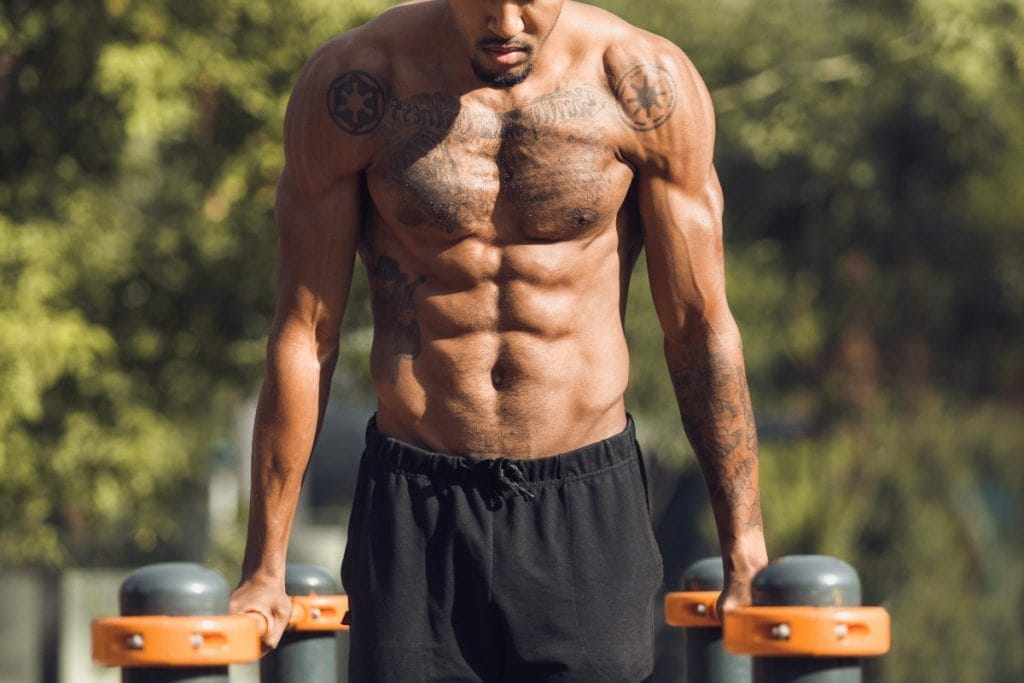 Let me start by saying that comparing CrossFit with Calisthenics is like comparing apples with oranges. Both are good for you, both are enjoyable, and everyone has their favourite. This is not a test to see which fitness technique/workout is best. I want to present the similarities and differences. If you’re wondering whether you should get into CrossFit or callisthenics, I’d suggest trying both. One will be more appealing and, based on your goals, get you better results. You can then focus on one exercise regime and reduce the amount of time you spend on the other.

What Are The Differences Between CrossFit and Calisthenics?

Though these two fitness methods are similar in ways, there are major differences

Calisthenics uses the weight of the human body as resistance.

If you're familiar with CrossFit, the pull-ups, push-ups, planking, tricep dips, box jumps, and squat jumps of calisthenics might seem familiar. These exercises use your own body as the load (the weight). Look at any serious calisthenics proponent and see how they have toned and strengthened physiques with only their own bodyweight. It’s very effective.

The first thing to know about CrossFit is that it's class-based. Classes are generally split into three parts. Weightlifting (Olympic-style), Gymnastics, WOD (workout of the day). Not every class is like this but elements from each discipline are incorporated regularly.

The weightlifting or strength conditioning part focuses on strength and power and the ability to move a weight through space. Compare this to calisthenics where your body moves through space. Weights are rarely used.

The gymastics part of CrossFit it the closest form of training to anything in Calisthenics. Ring muscles ups, bar muscle-ups, handstands, box jumps, air squats or bodyweight squats, and push-ups appear in both sports.

The WOD in CrossFit focuses on metabolic conditioning, which you need if you want to be good at calisthenics.

Which is better for building muscle? For creating definition in certain parts of the body, calisthenics might have the advantage here. The reasons are that maximal muscle mass building can be hampered by the metabolic conditioning and cardio aspects of CrossFit training. But gaining size is difficult with bodyweight and isometric-style exercises alone.

It goes without saying that being “fit” is a prerequisite for doing tough calisthenics workouts but your ability to perform 10 muscle ups in a row comes down to strength and not to maximum Vo2.

Calisthenics vs bodybuilding is a hot topic on the internet. You only have to look at the highest level athletes in each camp to see how the different training regimes develop physiques. At the risk of repeating a cliche, bodybuilding will build strength and power but the ultimate goal is an impressive aesthetic. There's no denying that calisthenics fans are happy to build impressive bodies but getting those mirror muscles is not the end goal.

With CrossFit, you’ll burn body fat with high-intensity interval training and build strength with your own bodyweight at the same time. With Calisthenics, the movements are slower and can be harder for beginners, but will gently build fitness as you train.

Crossfit is usually the choice for people who want some balance between strength and HIIT, as it burns fat and builds fitness rapidly. Calisthenics is slower and more deliberate, making for a more focused workout but potentially slower build in fitness levels overall.

I'm giving CrossFit the edge here when it comes to conditioning. CrossFit will give you endurance and speed. Calisthenics doesn't test the capacity of the lungs in the same way. It's easier to push yourself when all you have to do is grit your teeth and bash out the remaining rounds of the goblet squat. The difficulty and injury risk involved with many calisthenics exercises means that for most people, it's wise not to push the limits.

According to a study in the Orthopaedic Journal of Sports Medicine, the injury rate for CrossFit newbies is around 30%. These are injuries sustained in the first year of training, when inexperience leads to errors and result in injury. The study's conclusion is that “CrossFit training is relatively safe compared with more traditional training modalities”. The Journal of Sport Rehabilitation found that the rate of injury, in general, is around 20%.

Another study in the same year (2018) asked the question “Are Injuries More Common With CrossFit Training Than Other Forms of Exercise?”. The 4-year study found that CrossFit had a comparable or lower rate of injury than comparable strength training programs. Injury rates are comparable to those in Olympic lifting, distance running, rugby, football, soccer, or gymnastics.

While injury rates in this sport are not as well documented or studied as other sports, a study in the Journal of Science Medicine and Sport found that participants in calisthenics training experienced less back pain injuries than traditional weight training or even stretching and flexibility training. A study in the German Journal of Sports Medicine found that the sport had a lower rate of injury than gymnastics.

The amount of calories burned or fat burned in a WOD is hard to generalize. No single WOD is the same and people scale their workouts depending on their abilities. So let's just say that an Olympic lifting session, followed by some gymnastics, and then a 15-minute workout burns an equivalent amount of calories as a 40-minute run.

As you can see, CrossFit is not exactly the most efficient way of burning fat. However, the “after-burn” effect of weight lifting and intense exercise carries on the fat-burning effect for hours after a CrossFit workout. At the same time, it's fairly easy to scale a workout to the point where participants aren't doing much at all. Unlike running where you maintain a fairly constant pace and heart rate, CrossFit workouts can allow people to take their foot off the accelerator. The result is the phenomenon of Fat CrossFitters – people who train daily but never change their body composition.

There's no doubting that CrossFit can be expensive (this is a relative term – there really is no price on health). And while specialized calisthenics gyms aren't cheap, you might have more options for working out at no cost.

Let's take the rings out of the equation. In many cities around the world, the local exercise park in a public space can double for calisthenics gyms. With a pull-up bar, you can do many of the most common calisthenics movements. For the rest, any space on the ground will do.

For cost and convenience, the winner is calisthenics.

Your choice in the Crossfit vs Calisthenics debate comes down to your goals. Choose the workout that pushes you to the limit, sweaty and ready to collapse, if that's what you want. If you enjoy high-intensity workouts with weights, gymnastics, and cardio, choose CrossFit. If you want a workout that challenges your balance, strength, and flexibility, try calisthenics. A workout should make you feel spurred on to do more so that you can commit long-term. This means better success at strength and muscle building in the long term.