I wish CrossFit had been invented 30 years ago. I’d be a stronger and more flexible athlete. I love it, but know that it has its problems. The benefits, for me, personally outweigh the problems. And any sport or way of thinking that gains momentum quickly will have detractors. Have you heard that it's a fad or a cult? Yes, the haters like to label things.

The truth of the matter is that CrossFit borrows from tried and tested techniques and is here for the long term. Let's take a look at the typical benefits of CrossFit routines, exercises, and high-intensity workouts for heath and fitness.

Any fitness level is acceptable

CrossFit Training works for all fitness levels and abilities. Don't imagine it's not for you, and don't miss the opportunity to give it a try! The exercises you will learn include some of the most fundamental and important movements of the human body.

All exercises can be scaled for beginners and everyone is welcome, regardless of where you are on your fitness journey. In fact, you will be welcomed with open arms as long as you give your best shot.

One of the main draws of CF is the atmosphere of friendly encouragement. Newbies immediately feel part of the family. CrossFit HQ claims that its CrossFit gym affiliate membership is doubling every year at the current growth rate so it appears to be here to stay. It works and you can see for yourself at any of the thousands of CrossFit boxes around the world.

CrossFit claims no new techniques, doesn’t introduce new weightlifting routines, and isn’t a brand new way of thinking. But it does lay out a framework for power and strength movements. These functional movements help to condition us for sport and everyday life. And they also help us reach out health and fitness goals faster.

A general CrossFit program might include gymnastics, strength training and high intensity functional training on the same day. Many exercises you will see in a CrossFit box would not be allowed in a normal gym. It seems fear of litigation is the main driving force behind most fitness centers' preference for treadmills and machines to prevent injuries. However, the notion that treadmill running is safer than other forms of exercise is pure fiction.

Owners and CrossFit coaches do everything they can to keep people safe in a CrossFit fclass.

I refer to treadmill and machine-filled fitness centers as sanitized gyms. Even if the rate of injuries inside these places is low, there’s a huge risk of injuries outside of the gym. Poor movement patterns, weak load-bearing muscles, and a general lack of mobility and strength are common issues that regular gyms do not address.

These are common issues resulting from the training regime of your average gym rat and casual exerciser.

They may avoid injury in the gym (if they skip the treadmill) but outside of this sanitized environment they are as exposed to injury as Kim Kardashian on the cover of Paper magazine.

Many years ago I completed my Fitness Instructor certification and I went through an intensive Personal Trainer course before beginning work in the field. This was a fantastic introduction to the health and fitness world.

Unfortunately, I was never shown how to properly perform a clean, snatch, overhead squat or front squat during my entire training. I am still amazed by this. There is something fundamentally wrong with our teaching methods if we ignore the most powerful tools available to an athlete. I’m not recommending that every person in the gym learns to perform, for example, a snatch, the hardest Olympic lift. But modified versions of all the Olympic and power lifts can be taught to everyone.

The main point is that if these exercises are taught correctly there is little risk of injury. A trainer, box owner (and a client) must determine the client’s limits and work with that.

It’s obvious to me that many trainers, gym owners, and amateur athletes feel that arms curls, shoulder presses, bench presses, leg extensions, and sit-ups are good enough exercises on which to base your fitness regime.

If you have serious mobility problems, have had major knee surgery, back surgery, or are generally unable to perform basic movements such as the air squat, then a program of mobility should be the first step.

Someone with shoulders so rounded that their lower back is pulled into spasm and their neck and head position resemble that a turtle is not an ideal candidate for a program involving bench press, or worse still the Flye machine.

An example of a very popular lift that's not used much in CrossFit is the bench press. Personally, I’m not much of a fan of the bench press. I can’t think of many situations where I’d need to push against a heavy weight while my back is suspended by the floor. Judo maybe? But CrossFit workouts (Workout Of The Day – WOD) rarely involve the bench press, focusing more on dynamic movements like burpees to involve the pectoral muscles of the chest.

Prevents injury outside of the gym

Presses involving the shoulders are more common and this has more cross-over benefits for other sports and daily life. Imagine yourself at home cleaning the basement out and you reach up to a high shelf to grab something. Suddenly a large box slips and falls. You grab the box with both hands before realising that it’s quite heavy. You then support the box with your arms while squatting to slow the momentum of the box.

You’ve essentially performed an overhead squat (a fundamental movement in CrossFit), thereby protecting your back and shoulders from injury.

We only need to look at how a child moves and plays to understand what has happened to our bodies as we reach adulthood. We sit all day and then we can’t even perform movements as fundamentally human as a squat. Think about when you were a kid jumping around, rolling around in grass, doing cartwheels and handstands. Watch how a child picks up something off the floor. They perform a complete squat unlike adults in many cases who hinge at the hip and use their lower back to pull the item from the floor.

Children jump and land with perfect form. Landing correctly is essential in sports and in all walks of life if injuries are to be prevented. CrossFit’s core movements include the squat and performing jumps with clean landings are also practised. That alone is a good reason why you should CrossFit.

The older person that after carrying shopping home from the supermarket then begins to pick items from the floor and place them on high shelves is at risk of injury if their movement patterns and conditioning are not developed.

Ideally, they should be performing a deadlift followed by a front squat and press type pattern. If they are already fatigued from carrying the shopping then there’s an added element of conditioning needed. You can see where CrossFit’s staples of Olympic lifts, constantly varied exercises, intensity, and flexibility, might be used in everyday life.

If you’re taking part in most sports explosive power is an important element of your game. Even golfers, who don’t appear to exert themselves too much, must generate huge amounts of force in a controlled and safe way to hit the ball long distances. For people interested in posture and overall fitness, Crossfit’s focus on correctly performed lifts, mobility, and exercises like the overhead squat will change your posture in a dramatic way.

Many gym-goers end up with rounded, inflexible shoulders due to overuse of the bench press (tight pecs and shoulders), pull-up (tight lats), and bicep curls (tight upper arms and shoulders). Add this to the eight hours a day, for most people, spent hunched over a computer and you will find a group of people who are unable to extend their arms over their head.

Intensity is another factor that is often lacking in other exercise regimes. To get ‘fit’ we must raise our heart rate. Strolling along on the treadmill watching the news will not work.

The workout of the day is designed to put you through your paces in a short period of time. It's not about running yourself into the ground. It's about extracting maximum health benefits from exercise. High-intensity exercise is beneficial for almost all demographics and new research shows that it can benefit older populations.

This goes against the common advice where seniors are told to slow down. The over-40s shouldn't ignore functional movements, power, speed, coordination, and high-intensity CrossFit training.

‘Cross' training for other sports is a great way to work on neglected muscles, iron out muscle imbalances, reduce boredom, train when injured, and increase power. CrossFit helps martial artists, cyclists, mountaineers, footballers, swimmers, volleyball players, and many other sportspeople improve their game with high-intensity workouts designed to train the body to cope with pressure.

The team element is something that should not be ignored. People work better in a team. A tribe is something we humans are fundamentally built to be part of. It’s in our genes to want to belong to a group of people with the same goals and interests.

The encouragement CrossFitters receive from their teammates and the social aspect of the sport is something that aids the achievement of goals in life and sport.

There’s nothing new about the techniques taught by CrossFit but the focus on correct human movement patterns, mobility and strength is something that general bodybuilding and weight-loss programs simply ignore. It’s a sad fact that many people would destroy their bodies to look thin but we should be focusing more on exercises that strengthen bodies and allow us to move through our environment without injury.

Just like Paul Chek did with exercise theory for trainers, Greg Glassman (the ex-founder of CrossFit) and his team have packaged up a training regime that hits all the bases in terms of positive health improvements.

Health and fitness is about more than having six-pack abs. If you want to live a long healthy life then work on correct lifting techniques and high-intensity CrossFit workouts. Keep your body guessing through constantly varied exercise, stay flexible, and don’t eat sugar! 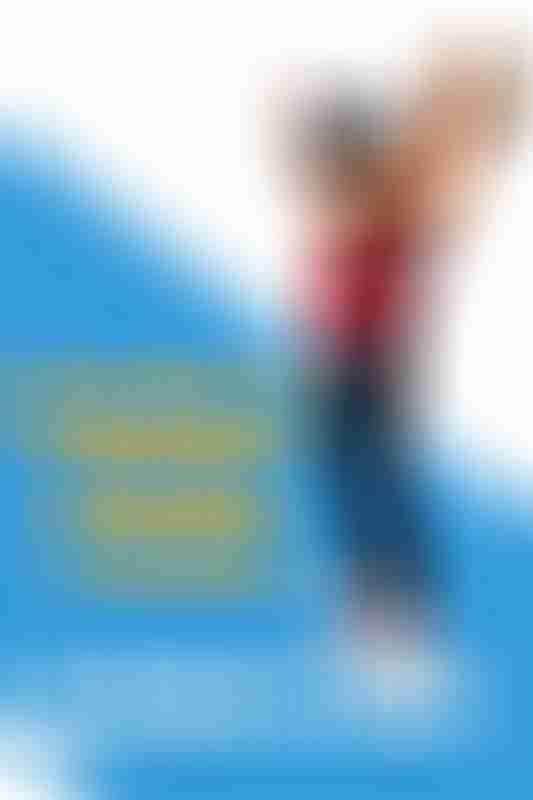